Another question led to this teaching. The thematic connection with Jesus’ words implying the small beginning of the kingdom should be obvious. As elsewhere, Luke recorded Jesus teaching lessons and using illustrations and expressions, which the other Gospel writers recorded Him using in other contexts. Jesus’ repetition is understandable in view of His itinerant ministry and His great skill as a teacher. Luke employed similar geographical summary statements in Acts, too, to indicate divisions in his narrative (e.g., 12:25; 14:27-28; 16:4). They give a sense of movement and progress, in material that is essentially didactic. Jesus’ general movement was toward “Jerusalem” and the Cross, though He seems to have proceeded without haste and with many pauses for teaching. The goal is the important feature, not how Jesus reached it. He gave the following teaching on the way.

Luke did not identify the questioner, who could have been a disciple or a member of the ubiquitous crowd. The questioner evidently wanted to know if he or she was correct in concluding, from Jesus’ previous teaching (e.g., Mark 10:23-26), that only “a few” people would experience salvation. For the Jews, and probably for the questioner, salvation meant entering the kingdom as well as entering heaven. The identity of the people to whom Jesus responded is indefinite and unimportant. Jesus did not answer the question directly. Instead of giving an impersonal answer, He explained how a person could enter the kingdom. A “narrow door” pictured an unpopular and difficult entryway (cf. Matt. 7:13). Jesus meant the door was the way He taught, in contrast to the more popular way that the religious leaders taught. Striving referred to believing Jesus despite the intrinsic difficulty of believing and the opposition of others (John 10:9).

“Many” people would “seek to enter” the kingdom through ways other than the narrow door, but would be unable to enter. One writer argued that the striving in view involves submitting to Christ’s Lordship. But submitting to Christ’s Lordship is nowhere a condition for entrance into the kingdom. Only faith in Jesus is. The revelation that God would soon shut the narrow door of opportunity—to enter heaven and the kingdom—should have moved Jesus’ hearers not to delay believing in Him. In one sense, anyone can believe as long as he or she is alive. In another sense, it becomes more difficult to believe as one procrastinates and as one grows older. However, in view of Jesus’ illustration of the banquet that follows, it is more likely that He was thinking of the beginning of the kingdom. When the kingdom began, it would be impossible for unbelievers to change their minds and be saved. Therefore, in view of the kingdom’s imminence—when Jesus uttered this warning—His hearers needed to believe without delay.

According to Dr. Constable’s Notes on Luke 2014 Edition, when the kingdom began, no amount of appeal—based only on friendship or familiarity with Jesus—would avail. Jesus had extended fellowship to His hearers, and had taught them the way of salvation, but they had rejected His offers. In Matthew, Jesus clearly identified the person who shut the door as Himself (Matt. 7:22-23). He will also be the person who will utterly forsake and pronounce judicial rejection on unbelievers for their lack of righteousness (Ps. 6:8). The phrase “weeping and gnashing of teeth” elsewhere describes eternal punishment in hell (Matt. 8:12; 13:42, 50; 22:13; 24:51; 25:30). There is no reason to conclude that it means something else here. “Weeping” expresses sorrow (Acts 20:37; James 4:9; 5:1), and “gnashing” or grinding the “teeth” pictures anger and hatred (Job 16:10; Ps. 35:16; 37:12; 112:10; Lam. 2:16; Acts 7:54). These feelings will arise in people outside the kingdom as they view others within it. 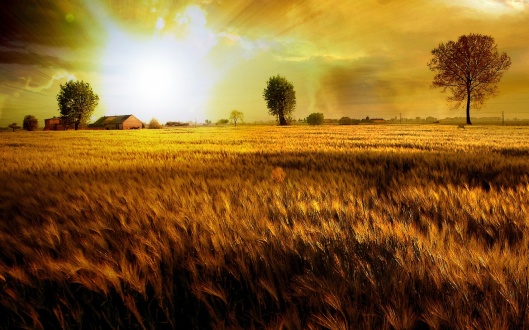 The judgment at the beginning of the kingdom is in view. Evidently God will raise dead Old Testament saints to life then, to enter the kingdom (Isa. 26:19; Dan. 12:2). The Old Testament revealed that Gentiles would also participate in the messianic banquet that will inaugurate Messiah’s earthly reign (Isa. 25:6-7; 60; 62:2-9; 65:13-14; Ezek. 34:12-14; 39:17-20). People coming from the four compass points would be Gentiles rather than the Jews, who lived primarily in Palestine. Jesus said that many Jews would not enter the kingdom (Matt. 8:10-12). Many of Jesus’ hearers were undoubtedly trusting in their Jewish blood and heritage to get them into the kingdom, so Jesus’ words would have shocked them. The people who are “last” in this context probably refer to Gentiles, whom the Jews regarded as least likely to enter the kingdom (Matt. 19:30; 20:16; Mark 10:31). The ones who are “first” were the Jews. They considered themselves to be superior to Gentiles in many ways. They were also the first and the foremost objects of Jesus’ ministry.

The Early Church Father St. Cyril of Alexandria in his sermons on Luke says, “For wide is the door, and broad the way that brings down many to destruction.” And what are we to understand by its broadness? It means an unrestrained tendency to carnal lust; a base and pleasure loving life; luxurious feastings, and revelling and banqueting, and un-resisted inclinations unto everything which is condemned by the law, and displeasing to God: a stiff-necked mind that will not bow to the yoke of the law: a life accursed, and relaxed in all dissoluteness, thrusting from it the divine law, and utterly unmindful of the sacred commandments: wealth and the vices that spring from it, scorn and pride, and the vain imagining of transitory boastings. From all such things must those withdraw who would enter in by the strait door, and be with Christ, and keep festival with Him.”