Today it begins. Another year, another chance. Ash Wednesday, the start of a time which calls for our lives to be specially clothed in righteousness, so as to experience the piety of Christ in prayer, His humility in moments of honour, His denouncing of self as opposed to craving for pompous attention or indulgence, and above all, a joyful willingness to enter and be part of the ignominious suffering, crucifixion and death of Our Lord. As a sign of anticipation of becoming a whole new creation by His resurrection.

Innocence and kindness is being brutally assaulted by forces of darkness, all around the world. This evil does not distinguish between the vulnerable and strong, child and adult, nor reason and faith. The time in which Jesus of Nazareth walked the earth had not been alien to Evil. Infact Roman brutality and persecution would explicitly boast of stripping off human skin while the victim be alive, or throw the accused in dens of the beasts as their prey. There were Christians, numerous in number, who have embraced this fate with and for the love of their Lord Jesus. Death never sees a more valiant and serene face than that of a martyr of Christ.

In such a world, the Gospel of Christ is still essentially love. And in today’s Gospel, this love teaches the exceptionality of righteous clandestineness in living the faith in day to day life, especially during the holy season of Lent. Christ in today’s Gospel cautions us to be careful of not losing the coveted reward (eternal life) from our Father in heaven. When there is so much persecution, abuse, taunting and mockery of Christianity and Christians all around, it is natural to expect the faithful to; as Jesus calls it ‘parade’ uprightness in public. It could be in response to anti-social or fanatic religious actions against Christians, a retaliation towards sleaze against Christian convictions, or simply as a means to create a buzz within the powerful social media realm. 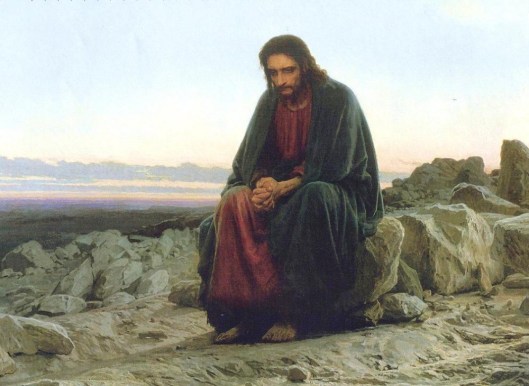 Lent calls for prayer, fasting and alms giving. Jesus teaches us that all of this is to be done with righteous generosity and prayerful disposition which build intimacy with the Holy Trinity, as well as builds a strong interior castle (spirit) of holiness for a lifetime here on earth. Christ emphasises on reflecting or expressing visible joy in fasting, praying and alms giving. Expression of this joy needs to be an experience of the spirit within and in doing good to our neighbour. Putting-on of ashes is not a modern invention of the Catholic Church. Ancient Jews, early Christians and now all Catholics embrace this ritual that signifies deep spirituality and the need of wilful reconciliation with God Almighty. Fasting is not a modern initiative to enthuse faith, it is a righteous deed from the days of old, practiced reverently even by Christ Himself before starting His public ministry; as accounted by the Gospels. Alms giving has encouraged the virtue of humility and charity through numerous generations, across borders and faiths. Jesus never used these acts of love and uprightness as a ‘stunt’ to attract followers or subscribers to His teaching. Nor did he flaunt it as agitated response or boastfulness.

What is essential, as Christ lovingly teaches, is that these virtuous deeds are primarily essential to break, mould and build our interior spiritual self and to a great extent our physical self as well. It is also meant to renew and reaffirm our individual and personal relationship with God. Finally, it is also to be part of the communion with the Universal Church in experiencing and celebrating the Passion of Our Lord Jesus Christ. It is because of this need of holy interiority and clandestineness that Jesus affirms that no other person would know except “your Father who sees all that is done in secret; and your Father who sees all that is done in secret will reward you”. My friends, I wish you all a personally enriching, holy, peaceful, love-filled Lent 2015. God bless us all and live in us all. Amen.