From the homily of Cornelius Cornelii a Lapide – a Flemish Jesuit and exegete.

Some strangely suppose these to have been Jews who lived among the Gentiles, when S. John expressly says that they were Gentiles. These were partly proselytes, who had already embraced Judaism, or at least were thinking about it (so Chrysostom, Theophylact, and Euthymius), and partly Gentiles, who believed that there was One God, and who on seeing Him worshipped so reverently in the Temple, and by such multitudes at the Passover, resolved to do the same, being specially attracted by the fame of Christ’s holiness and miracles, and being desirous of seeing Him. So S. Cyril, Leontius, and Theophylact. Just as the Eunuch of Queen Candace went up to Jerusalem to worship (Acts 8:27); and Gentile kings also reverenced the Temple of Jerusalem and sent offerings to it, as Cyrus, Darius Hystaspes (Ezra 1 and Ezra 6), Seleucus, and other kings of Asia (2 Macc 3:3).

Christ teaches us that His glorification would come to Him through the death of the Cross, lest the Apostles and the faithful should be offended at it. Hear S. Augustine (in loc.), “Jesus by this meant Himself. For He was the grain of wheat which had to die, and be multiplied; to die through the unbelief of the Jews, to be multiplied by the faith of all people.” This means, that as a grain of wheat thrown into the ground does not germinate except it die, but if it die it germinates and brings forth much fruit; so, in like manner, I must needs die, that by the merits and through the example of my death, I may bring forth many eminent and striking fruits of virtue and faith: I mean the many thousands of Martyrs, Virgins, Doctors, and Confessors, all over the world in the present and future ages. This also comes to pass in the death of Martyrs, when one dies, and many spring up in his place, and embrace the faith of Christ.

For Christ foresaw that the Apostles, and Christians in general, would after His death suffer persecution, and accordingly He here wished to forewarn and forearm them. Again, Christ wished to teach all Christians, that they should constantly resist all evil desires and strive against them. But the Circumcelliones misinterpreted this passage, for, as S. Augustine testifies (in loc), they used to kill themselves in order to obtain the eternal life here promised by Christ. For it is one thing to hate one’s life, and another to make away with it, an act forbidden by every law. 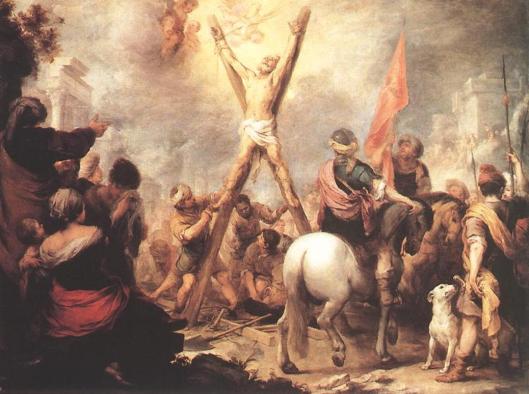 Chrysostom gives the reason, “Having exhorted His disciples to follow Him even to death, for fear they should say that He could easily philosophize about death, He showed that He was in an agony, and yet that He did not refuse to die, to teach us to do the same, when dreading death and self-denial. In saying glorify Thy Name it is as if he were saying: Glorify Me at this very instant; that both Gentiles and Jews may acknowledge that I have been sent by Thee to redeem man, and will therefore glorify Thee for thy goodness. So Theodore of Heraclæa.