This He saith, because it was probable that when they heard they would be troubled. For if the leader of their band, one so entirely fervent, was told that before the cock crew he should thrice deny his Master, it was likely that they would expect to have to undergo some great reverse, sufficient to bend even souls of adamant. Since then it was probable that they considering these things would be astounded, see how He comforteth them, saying, “Let not your heart be troubled.” By this first word showing the power of His Godhead, because, what they had in their hearts He knew and brought to light. As He comforteth Peter when bewildered by saying, “but thou shall follow afterwards,” so also He gives this glimpse of hope to the others. For lest they should think that the promise was given to him alone, He saith, “In My Father’s house are many mansions.”

“The same place which receiveth Peter shall receive you.” For a great abundance of dwellings is there, and it may not be said that they need preparation. When He said, “Ye cannot follow Me now,” that they might not deem that they were finally cut off. So earnest have I been concerning this matter, that I should already have been given up to it, had not preparation been made long ago for you.” Showing them that they ought to be very bold and confident. Then that He may not seem to speak as though enticing them, but that they may believe the thing to be so. 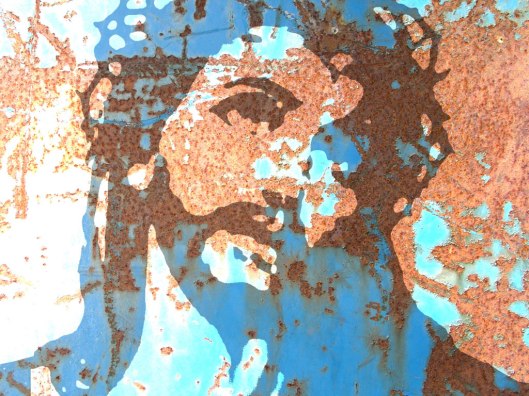 Seest thou that He giveth them proof that these things were not said without a meaning? And He used these words, because He knew in Himself that their souls now desired to learn this. For Peter said what he said, not in order to learn, but that he might follow. But when Peter had been rebuked, and Christ had declared that to be possible which for the time seemed impossible, and when the apparent impossibility led him to desire to know the matter exactly, therefore He saith to the others, “And the way ye know.” For as when He hath said, “Thou shalt deny Me,” before any one spake a word, searching into their hearts, He said, “Be not troubled,” so here also by saying “Ye know,” He disclosed the desire which was in their heart, and Himself giveth them an excuse for questioning. Now the, “Whither goest Thou?” Peter used from a very loving affection, Thomas from cowardice.

If the Jews questioned among themselves when they heard (of His departure), although desirous to be rid of Him much more would those desire to learn, who wished never to be separated from Him. They feared therefore to ask Him, but yet they asked Him, from their great love and anxiety. What then saith Christ?

“In My Father’s house are many mansions”; and again, “No man cometh to the Father but by Me.” This He would not tell them at first, in order not to throw them into greater despondency, but, now that He hath soothed them, He telleth them. For by Peter’s rebuke He cast out much of their despondency; and dreading lest they should be addressed in the same way, they were the more restrained. “I am the Way.” This is the proof of the, “No man cometh to the Father but by Me”; and, “the Truth, and the Life,” of this, “that these things shall surely be.” “There is then no falsehood with Me, if I am ‘the Truth’; if I am ‘Life’ also, not even death shall be able to hinder you from coming to Me. Besides; if I am ‘the Way,’ ye will need none to lead you by the hand; if I am also ‘the Truth,’ My words are no falsehoods; if I am also ‘Life,’ though ye die ye shall obtain what I have told you.”

Now His being “the Way,” they both understood and allowed, but the rest they knew not. They did not indeed venture to say what they knew not. Still they gained great consolation from His being “the Way.” “If,” saith He, “I have sole authority to bring 26 to the Father, ye shall surely come thither; for neither is it possible to come by any other way.” But by saying before, “No man can come to Me except the Father draw him”; and again, “If I be lifted up from the earth, I shall draw all men unto Me” (Jn 12:32); and again, “No man cometh to the Father but by Me” (Jn 14:6); He showeth Himself equal to Him who begat Him. But how after saying, “Whither I go ye know, and the way ye know.

– The above is an excerpt from a commentary of St. Chrysostom on today’s Gospel.

1 thought on “Jesus: The Way, The Truth, and The Life”