Ancient Greek groups were famously known for bravely marching towards their enemy in their organized phalanx formations. They did so by singing hymns or ‘paeans’ as they would call it, to invoke upon the god Apollos for courage and ease their nerves. But as they came closer to the enemy they would cease singing the hymns and voice loud battle cries like “Alala!” or “Eleleu!” while banging their weapons against their shields to rattle their enemy horses. 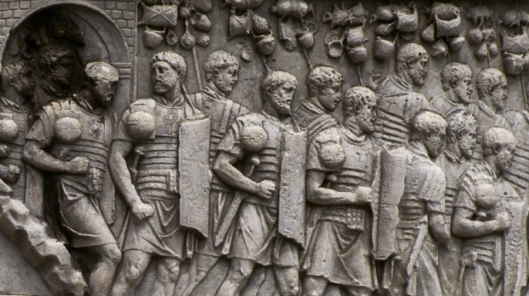 The ancient Roman legions were known for marching silently in their ranks, but at the sight of their enemy their battle cries would erupt like the sound of a stampeding elephant. They borrowed “Barritus”, a war cry of the Germanic warriors, many of whom had joined the Romans. An ancient chronicler Tacitus described the Barritus as a “harsh, intermittent roar” and highlighted that the legions would “hold their shields in front of their mouths, so that the sound is amplified into a deeper crescendo by the reverberation. 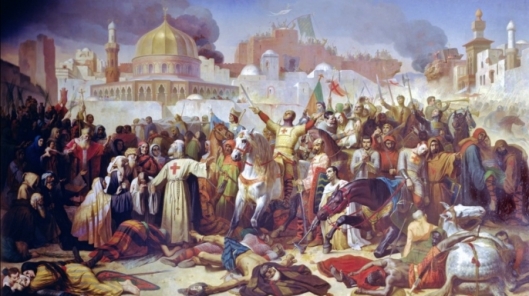 To seize the Holy Lands from the Muslims, Pope Urban II launched the ‘Crusades’ in 1095 by urging Europeans Christians to under this spiritual quest. Charged by the Pontiff’s speech, the crowd now known as ‘Crusaders’ are said to have hollered “Deus hoc vult!” (“God wills it!”) in support. This Pope sanctioned slogan remained the war cry of the Christian warriors until the late 13th century when the Crusades finally ended.

There are numerous examples from history such as the above, of warriors and their legions shredding the spirits of their enemies with dreadful war cries. These loud and intimidating slogans before launching their bloody attack has in many instances defeated the enemy even before actual physical or artillery combat could commence. The book of Joshua in the Old Testament testifies the power of the sound of his armies trumpets which brought down the walls of Jericho. The eerie truth of conquering the city and the spirit if its defenders without even lifting any weapon yet.

Today, on Ash Wednesday, I see a strange yet compelling similarity between ‘ashes on a Christian’s forehead’ and a war cry. Biblical history speaks volumes of the significance and use of ashes. It usually remarks it to be a sign of deep mourning and repentance. A sign of shame and abandonment of oneself to the mercy of God.

As the Priest marks a child of God with ash on the forehead or the scalp, the penetant is reminded that “dust thou art, unto dust thou shall return”. A profound yet austere reminder of nothingness of the self, of the irrevocable necessity of humility, of truthful repentance and the ultimate self abandonment to Divinae Misericordiae (Divine Mercy). 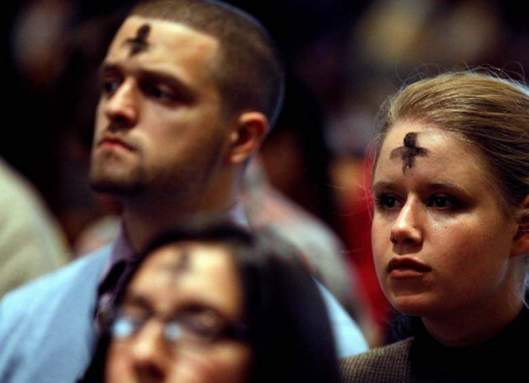 St. Thomas Aquinas teaches “Penance is virtue” and this Angelic Doctor of the Church through his magnum treatise “Summa Theologia” assures every sinner that the power of Christ’s passion “through which Penance produces its effect” is such that no sin is incapable of being pardoned through the sacrament of Penance. The mark of the ashes on the forehead is a great outward sign of repentance but is also a cry of battle by the Militant Church against her ‘Enemy’ Satan. Repentance is the fruit humility. God exalts the humble and draws them ever closer to his glory. Therefore, by wearing of Ashes during the holy season of Lent we not only surrender ourselves in humility at the merciful judgement of God, trust in God’s eternal loving kindness by repenting for our sins, but also holler (ironically without even making a sound) a terrible battle cry against Satan and his demonic legions. A battle against sin and it’s master with the unconquerable power of grace, and impenetrable armor of the word of God, prayer, alms giving, fasting and sacramental life.

This holy season of Lent, put on the ashes as your promise of repentance and also be a warrior of God, with the banner of Christ, humbly surrendering only to the holy will of God and charge forth victoriously against the attacks of Satan and win glory for Kingdom of God Most High.