The Catholic Church has always held that the devil is real, not a mythical personification of evil. This teaching finds its origin in the teaching and example of Jesus in Mt 4:1-11; 12:22-30; Mk 1:34; Lk 10:18; 22:31; Jn 8:44. The Church’s teaching on the subject is clear from its liturgy. At baptism, those to be baptized are called upon to reject Satan, his works, and his empty promises.

Pope John Paul II, in his general audience of August 13, 1986, expounded at length on the fall of the angels and, in speaking on the origin of Satan, said, “When, by an act of his own free will, he rejected the truth that he knew about God, Satan became the cosmic “liar and the father of lies” (Jn 8:44). For this reason, he lives in radical and irreversible denial of God and seeks to impose on creation–on the other beings created in the image of God and in particular on people–his own tragic “lie about the good” that is God.

I’d like to draw the premise, first by underlining what the word Devil means. It comes from the Latin diabolus (devil), which is a transliteration of the Greek diabolos (devil; diavolos; διάβολος) from the verb diaballo (to insinuate things), slander, calumniate. The Venerable Archbishop Fulton J Sheen explains the ‘diabolic’ to be one which ‘tears apart’. The essence of the Devil’s agenda is the hatred towards the cross of Christ.

The first Epistle of St. John 5:19, the Word of God says: “The whole world is in the power of the evil one.” St. Padre Pio said, “The number of demons active in the world is more than the people who have ever lived; right from the time of Adam”. The Holy Mother Catholic Church in her Catechism teaches us that, “The devil and the other demons were indeed created naturally good by God, but they became evil by their own doing.” “The reason the Son of God appeared was to destroy the works of the devil.” “Although Satan may act in the world out of hatred for God and his kingdom in Christ Jesus, and although his action may cause grave injuries – of a spiritual nature and, indirectly, even of a physical nature to each man and to society, the action is permitted by divine providence which with strength and gentleness guides human and cosmic history. It is a great mystery that providence should permit diabolical activity, but “we know that in everything God works for good with those who love him.” 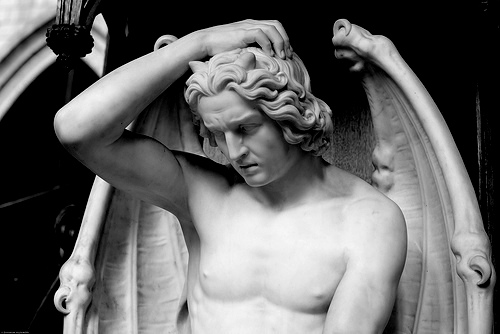 The world since a very long time, more so since the past century, is plagued with an anti-God motive. However, this plague need not be the cause of hatred towards God, but the subtlety is such that it becomes almost impossible to uncover the camouflage of the Prince of Darkness. Human slavery, fornication, child labor, homosexuality, abortion, pornography, insolent fashion and art, public nudity (the Devil simply loves to manifest itself in man’s desire to be nude & in indulgence of animalistic / degrading sexual actions), persecution of the Church and the Holy Eucharist in particular, attraction towards worldly luxury and sophistication, divorce, abandonment of the elderly and of those who need special care physically & mentally, broken families, pedophilia, women desiring to be Catholic Priests, and the list can be longer than one could imagine.

Demons use your fears against you. And they use your dreams and ambitions to manipulate you just the same. One thing that a lot of people misunderstand: They think that there’s just one demon. A demon is basically a military leader; they have so many legions of lesser demons that are inside that person with them. Demons are deceitful. They can make you believe that they’re gone, but they’re really still there.

St. Leo the Great responds, “Christ’s inexpressible grace gave us blessings better than those the demon’s envy had taken away.” St. Thomas Aquinas also wrote, “There is nothing to prevent human nature’s being raised up to something greater, even after sin; God permits evil in order to draw forth some greater good. Thus St. Paul says, ‘Where sin increased, grace abounded all the more’; and the Exsultet sings, ‘O happy fault, . . which gained for us so great a Redeemer!'”