Since the past many years, television audiences in many countries around the world have received the culture of the so called ‘reality shows’ with much appreciation and have either accommodated or enthusiastically accepted all sorts of content in this category of visual broadcast entertainment. This genre; if I may call it so, of TV entertainment, is produced for all groups of age and social preferences. It is undeniable that for the past few years or almost a decade now, reality shows have become programs with arguably the highest TRP rating across networks. One common feature of these shows is the selection process or auditions of participants who desire to take part and win if the show is a competition or make the most of the global platform such as the TV, for fame and future career prospects in the entertainment industry. The experience during these auditions either drains the contestant off emotions, rob…yes rob them from their real life circumstances & environments, present them with great opportunities, build constructive or exploitative relationships, or, molds or destroys their spiritual & moral principles. Nevertheless, the world watching them on TV is not only entertained but also emotionally gets quite attached to these entertainers & to their entertaining reality.

In a situation such as the above, the entertainer always has one objective in mind, and that is to ensure the audience is entertained. Most of the times if not all the time, it is what the audience wish to see; is delivered than what the entertainers wish to entertain with. The Bible we find there were entertainers too. There was Herod Antipater (Greek: Ἡρῴδης Ἀντίπατρος, Hērǭdēs Antipatros; born before 20 BC, who entertained the whim of his brother’s wife Herodias (whom he had coveted), by commanding the beheading of John the Baptist upon the demand of Salome; Herodias’ daughter. Centuries before Herod there was Ramesses the First, the founding Pharaoh of Ancient Egypt’s 19th dynasty, who entertained the lust for slaves and their fatal exploitation by his people Egypt around  1292–1290 BC. There were also ‘priests’ of Baal; who is regarded in the Hebrew Bible as a “false god”. These priests whose confrontation with the Prophet Elijah is also mentioned in the Quran (37:123–125), sacrificed people even as young as children, to entertain and seek favors from this unseen and occult deity. 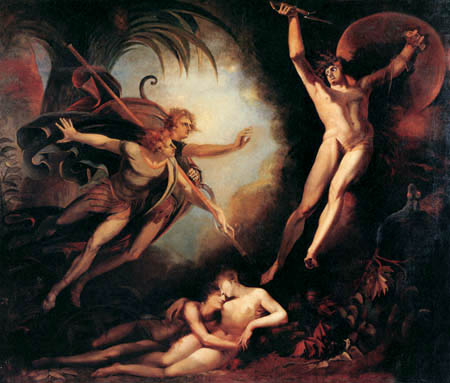 Then the world has and continues to witness the atrocities and indescribable crimes of hate & immorality, simply to entertain deluded ideologies, principles, lust of mind & body, and worst of all to use God & religion for the destruction of man’s spirit, mortal life and even the soul, and to shamelessly justify it all by branding it as ‘the will of God’. There continues to be an influx of dictators, anarchists, Generals at war, false prophets, terrorists, pedophiles, rapists, cannibals, those with the lust for unnatural sexual orientations, so on and so forth. There are many other such characters who have in one way or the other been the muse for horrendous and obnoxiously camouflaged evil plots of Satan here on earth. The Prince of darkness has been convincingly fulfilling his desire of eternal destruction of man’s soul and his lust for perpetual separation of man’s soul from its maker whom he knows is the one true God. This is how he transforms the vulnerable among mankind, as his muse for evil and eternal damnation. 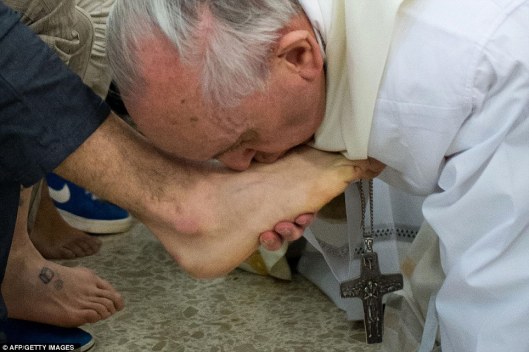 On the other hand there are the righteous, the humble, the holy, the virtuous, the gentle, the patient, the compassionate, the merciful, the sincerely loving, the suffering, the godly, willingly submitting themselves to entertain the will of God – a will that calls for the good of all of humanity, preserves human dignity, nurtures the innate desire for holiness; embedded in our spirit by the Spirit of God Himself. Noah entertained God’s desire of renewing the face of the earth through ‘washing off’ all that was evil & corrupt in the world. Abraham entertained the will of God by letting himself be molded as the father of all nations, through passing one of the greatest tests of faith an earthly father could possibly have had to face. Elijah from the being, timid and unwilling became fearless and prophetic, thus entertaining God’s desire in His life and for His people. Moses who had no faith in his capacity of being the leader God destined him to be, obediently and faithfully submitted his will to the most Holy desire of God, to liberate His captive people, thus entertaining Divine providence among the nation of Israel – the chosen ones. David, Solomon, Esther, Ruth, Jeremiah, Daniel, Nathan, Jacob, Job, Hosea, Jonah, and then all those pivotal vessels of God in the New Testament, from the Blessed Virgin Mary up to the righteous of today, they have all surrendered their body, mind and soul to entertain the most immaculate and endearing will of God the most high. They all chose to be the mule that carried God into Jerusalem, the city of holiness. Thus choosing to be a vessel of humility and complete obedience to God.

The mule is highly patient, sober and tolerant like a donkey and courageous, vigorous and strong like a horse. An obedient child of God who’s only desire is to obey God’s will is like a mule who silently yet courageously, patiently yet vigorously carries God to ends of the earth, thus stretching the length and breadth of the heavenly Jerusalem here on earth. This is how a righteous person entertains God’s will as an obedient mule. The reality of God is eternally joyful, whereas Satan’s is a show which is far from reality. Beware. So, are you God’s mule or Satan’s muse?