A prophet is never welcomed in his hometown. Why? Here is what Don Schwager of Words of life says about today’s Gospel theme. “It took raw courage for a high ranking court official to travel twenty miles in search of Jesus, the Galilean carpenter. He had to swallow his pride and put up with some ridicule from his cronies. And when he found the healer carpenter, Jesus seemed to put him off with the blunt statement that people would not believe unless they saw some kind of miracle or sign from heaven. 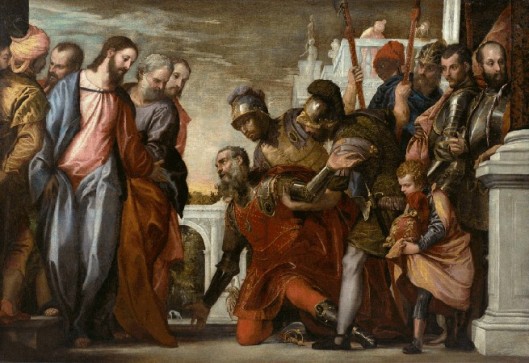 Jesus likely said this to test the man to see if his faith was in earnest. If he turned away discouraged or irritated, he would prove to be insincere. Jesus, perceiving his faith, sent him home with the assurance that his prayer had been heard. It was probably not easy for this man to leave Jesus and go back home only with the assuring word that his son would be healed. Couldn’t Jesus have come to this man’s home and touched his dying child?

The court official believed in Jesus and took him at his word without doubt or hesitation. He was ready to return home and face ridicule and laughter because he trusted in Jesus’ word. God’s mercy shows his generous love – a love that bends down in response to our misery and wretchedness. Is there any area in your life where you need healing, pardon, change, and restoration? If you seek the Lord with trust and expectant faith, he will not disappoint you. He will meet you more than half way and give you what you need. The Lord Jesus never refused anyone who put their trust in him. Surrender your doubts and fears, your pride and guilt at his feet, and trust in his saving word and healing love.”